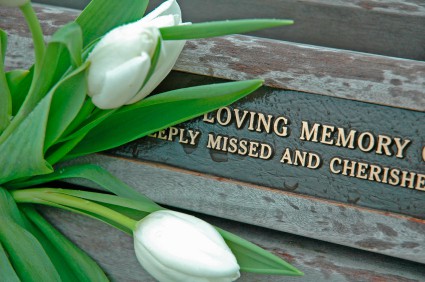 How Will You Be Remembered?

As it nears my Dad, Tom’s, 2 year anniversary of his passing, I have been reflecting on being remembered.  As leaders in stressful, pressure-cooker environments, when it’s all about the next idea, increased profit margin, or cost-cutting programs, I was wondering how we think about our inevitable passing.  What will people say, and what do we want them to say and remember?

My husband’s cousin died a few weeks ago, at 75, of a massive stroke.  We were unable to attend the services due to long distance.  Another cousin shared the experience with us.  I have not edited this moving letter, only taking out some of the family names.  I was quiet and deeply touched in reading this; my husband was brought to tears.

“Just wanted to share with you about Chris’ funeral arrangements. What a special tribute was given to him!  A fire truck was standing outside the funeral home. As we entered the parlor, there was an honor guard of firemen and women lined up, in full uniform (including white gloves). Two firemen stood guard on either side of the coffin. Chris was dressed in his fire uniform. Many members of the family were present – many of whom I did not even know, although some I had met on various occasions.

There were about four fire trucks lined up outside the funeral parlor. The firemen were still standing guard by the coffin, and by now some of our cousins were also waiting in the parlor. The fire trucks led the procession past Chris’ home and the fire house to the church. A group of Volunteer Firemen, with their special vests, were at the end of the procession on their motorcycles. By the time we got to the church, it was quite filled. I would say that there were about 250 people at the Mass and then for the reception held at the fire house. I think I counted about 35 of our first cousins, including Bob who was brought up by Lorraine.  Aunt Lottie and Trudi, Uncle Stan and Eleanor were among the present. Some of the extended family were also there. During his homily, the priest spoke about Chris’ love for his family, his dairy farm, his active life as a fireman and concerned member of his community. He also talked about Jesus as the Good Shepherd, but added that if Jesus met Chris, he would say that he was the Good Dairy Farmer, because of his love and concern for his cows and especially the little calves. Chris was “painted” as a wonderful living saint – kind and caring, gentle!

After Mass the procession, led by the Fire Department trucks, proceeded to the cemetery. Enough to bring tears to your eyes, if they weren’t there already! At the entrance to the cemetery were two ‘hook and ladder’ trucks stationed with ladders extended so as to make a triangle over the entrance way. A large American Flag was hung from them. The pathway was lined with members of the fire company (it looked like a large number). The service at the cemetery was short, but just before the final prayer, the sirens from the fire house were sounded (instead of Taps). The American Flag which draped his coffin was then folded and given to Chris’ son Michael with whom he lived. It seemed like everyone from the town, as well as all the relatives gathered at the fire house for the reception and food was supplied by everyone and anyone who wished to do so.

It was truly a fabulous tribute to Chris, a tribute to show how much he was loved and appreciated.”

So I ask, how will you be remembered?  As you put in these long days – 10, 12, some time 15 hours – is that what matters or is it service to your family, friends and community?  I am not saying our work lives, professions, achievements aren’t important.   We touch many people along the way during our careers.  Chris was honored by the fire department, as volunteer member, it wasn’t his profession.  Also, what I can say, is that my Dad, who was 85 when he died, didn’t talk about the company he worked for or the promotions (or lack thereof).  In his last days, as I sat with him, he talked of his love for his family, good friends, and volunteer work at the local hospital he was committed to 3 days per week.  And his regret?  That he shouldn’t have worried so much, especially about his work.

Author Mitch Albom truly brings this all to our attention in Tuesdays with Morrie.  A great read if you haven’t already.  And my dear friend Debbie Phillips, who lost her brother last week, was courageous to share her remembrance of  Steve.  Both of these highlight that in remembering, we take time to acknowledge relationship with family, friends and community.

So, as you go about your job, keep in mind the bigger picture.  Think about what truly matters.  Think about how you’ll be remembered.

I miss you Dad.  Rest in peace cousin Chris and Debbie’s brother Steve.